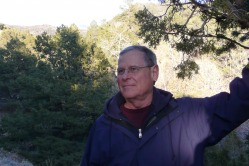 J. Baird Callicott retired as University Distinguished Research Professor and Regents Professor of Philosophy at the University of North Texas in 2015.  He is co-Editor-in-Chief of the Encyclopedia of Environmental Ethics and Philosophy and author or editor of a score of books and author of dozens of journal articles, encyclopedia articles, and book chapters in environmental philosophy and ethics.  Callicott has served the International Society for Environmental Ethics as President and Yale University as Bioethicist-in-Residence, and he has served the UNT Department of Philosophy and Religion Studies as chair.  His research goes forward simultaneously on four main fronts: theoretical environmental ethics; comparative environmental ethics and philosophy; the philosophy of ecology and conservation policy; and biocomplexity in the environment, coupled natural and human systems (the latter two occasionally sponsored by the National Science Foundation).  Callicott is perhaps best known as the leading contemporary exponent of Aldo Leopold’s land ethic and has more recently explored an Aldo Leopold Earth ethic in response to global climate change.  (See J. Baird Callicott, Thinking Like a Planet: The Land Ethic and the Earth Ethic, published by Oxford University Press in 2013.)  He taught the world’s first course in environmental ethics in 1971 at the University of Wisconsin-Stevens Point.  His teaching at UNT included graduate and undergraduate courses in ancient Greek philosophy and ethical theory in addition to environmental philosophy.


Born in 1941 in Memphis, Tennessee, Callicott was graduated from Memphis's Messick High School in 1959 (in the same graduating class as Steve Cropper and Duck Dunn, guitarist and bass player, respectively, of Booker T. & the M.G.'s).  He attended Southwestern at Memphis (now Rhodes College) from which he earned a BA in philosophy with Honors in 1963.  Callicott completed his MA (1966) and PhD (1972) in philosophy at Syracuse University.  He began teaching in 1966 at Memphis State University (now the University of Memphis).  There, as faculty advisor to the Black Students Association, Callicott was active in the Southern Civil Rights Movement.  In 1969, he joined the philosophy department of Wisconsin State University-Stevens Point (now the University of Wisconsin-Stevens Point), where he remained until 1995.  Stevens Point lies at the northern end of Wisconsin's sand counties about ninety miles north of Aldo Leopold's storied shack on the Wisconsin River and John Muir's first homestead on Fountain Lake.  While still at Memphis State, Callicott had begun to think that the environmental movement of the 1960s presented a greater intellectual challenge for philosophers than did the civil-rights movement.  The philosophical foundations for the latter had been forged in the eighteenth-century European Enlightenment and institutionalized in the Declaration of Independence.  No philosopher in the canonical Western tradition had grappled in a sustained way with the ethical dimensions of the relationship between humans and Nature.  The landscape that had helped shape and inspire the nascent evolutionary-ecological thought of the youthful John Muir and the mature Aldo Leopold was the perfect setting for Callicott to inaugurate his life-long vocation as a founder of academic environmental philosophy.   In 1995, he returned to his beloved South—albeit a bit west of his native Memphis—when he joined the Department of Philosophy and Religion at UNT in Denton, Texas.  UNT had launched the first graduate program in environmental philosophy in 1990—under the aegis of Eugene C. Hargrove, founding editor of Environmental Ethics (the journal) and then department chair—and Callicott helped cement its standing as the world's leading program in the field.  Punctuating his four decades of tenured service at these two institutions of higher learning (UWSP and UNT), Callicott has been visiting professor at many others, among them: the University of Florida; the University of Hawai'i;  the University of California, Santa Barbara; and Yale University. Upon retiring in 2015, he returned to Memphis and life on (or rather overlooking) the Mississippi River, where he continues to write, edit, lecture, and consult. Callicott also curates the artistic estate of his father, Burton Callicott, a renowned Memphis artist who died in 2003.